The NANO HIV 1 & 2 is a rapid immunochromatographic screening test for the detection of antibodies to HIV 1 & 2 in human serum, plasma or whole blood. The test device contains test strip immobilized with recombinant antigens of HIV1 at test line (1), HIV 2 recombinant antigen at test line (2) and control line reagent at (C) on nitrocellulose membrane and dried gold conjugate sensitized with HIV antigens and anti control line.

The specimen is applied to the sample well followed by addition of running buffer. The buffer facilitates the lateral flow of the sample and gold conjugate as well as promoting the immunologic binding of antibodies and antigen, if present in patient’s specimen. The HIV antibodies present in the patient’s specimen binds to the gold conjugate and make a immune complex. The complex migrates on the nitrocellulose membrane and is captured by the antigens immobilized in the Test line zone (1 & 2) and produces pink/purple band with varying intensity, proportional to the HIV 1& 2 antibodies in the sample. In the absence of HIV 1/2 antibodies, there is no pink/purple band in the TEST line zone (1&2). The liquid continues to migrate along the membrane and produces another pink/purple band in the CONTROL line zone (C), demonstrating that the reagents are functioning properly and validates the result. 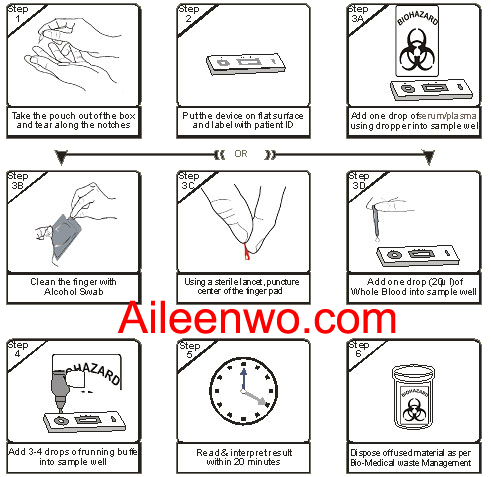 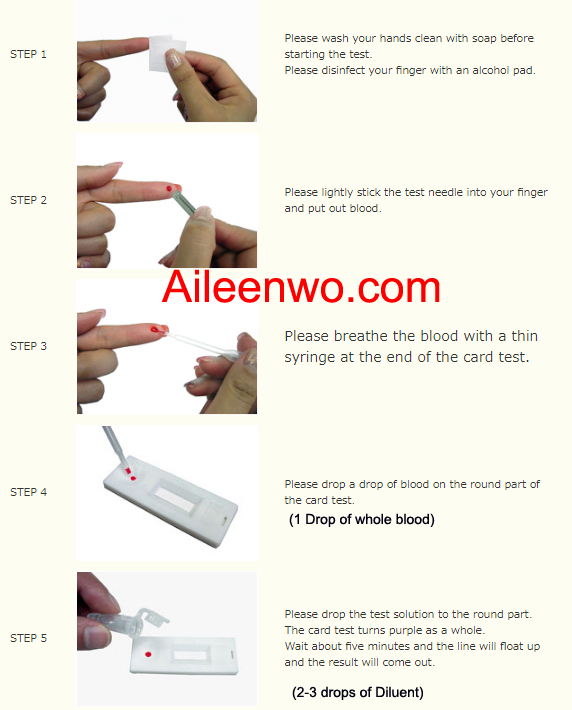 Invalid: If there is no distinct pink/purple line visible at ‘C’, the test is invalid and it is recommended to repeat the test again. 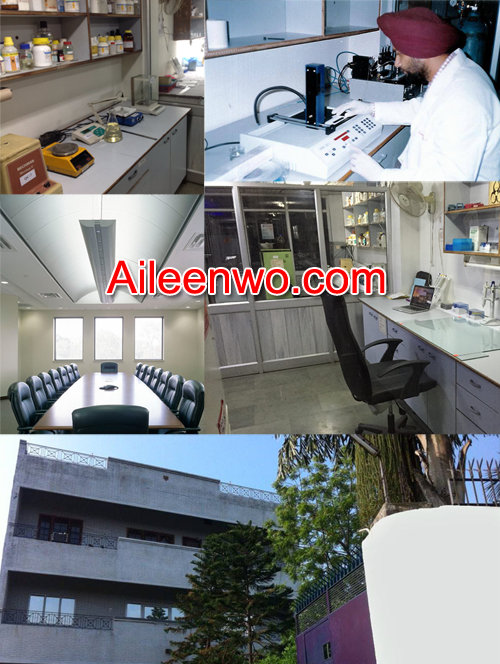