People who fall into these categories have a higher risk of infected with COVID-19.

These studies however is still too small to be taken as conclusive, something to take in mind when reading the numbers.

One thing they have in common is weaken/compromised immune system.

Advise is to eat well, exercise, rest, and take precautions as advised by your local health body.

If you are sourcing for drug test manufacturer, here’s the list below. But their MOQ (Minimum Order Quantity is a bit high, somewhere between 500 to 1000

Total of 84 manufacturers in China!!

More than 100 HIV home-testing kits have been seized by the UK Medicines and Healthcare products Regulatory Agency (MHRA) amid fears over their reliability.

The agency believes it has seized all stock of the Hightop HIV/Aids home-test kit from UK suppliers but is warning consumers against purchasing the product online or using it, if already purchased, because of the potential for false results.

People are advised to always check before using a HIV kit that it carries a CE mark, which indicates that it complies with EU safety, health and environmental requirements.

The Hightop tests, manufactured by Qingdao Hightop Biotech Co Ltd, do not have a valid CE mark, meaning they have not met a number of regulatory requirements concerning test performance, labelling and instructions for use.

MHRA’s director of devices, John Wilkinson, said: “People who buy a self-test kit online or from the high street should know what they are buying is safe and reliable. Make sure the kit has a CE mark and clearly states that it is intended for home self-testing. Don’t use a test kit if it’s damaged or the seal is broken.

“If you are concerned you may have used an unreliable test kit, speak to your GP, sexual health clinic, pharmacist or other healthcare professional.

“We continue to encourage people to report any issues involving medical devices to MHRA via our Yellow Card Scheme.”

The MHRA seized 114 of the products in question from two UK-based suppliers and all sales of the tests into the UK market have been stopped by the manufacturer.

Get Society Weekly: our newsletter for public service professionals

Qingdao Hightop Biotech, which specialises in medical tests and equipment, stopped supplying its HIV kit to the UK market after being contacted by the MHRA. According to the Chinese company’s website, its annual revenues amount to between $5m and $10m (£4m-£8m).

The UK and Europe would not appear to be key markets for Qingdao Hightop Biotech: it states that 88% of its business is domestic, with its next biggest markets the Middle East (4%) and Africa (2.5%)

It is unclear why the HIV test did not carry a CE mark as many of its other kits, including tests for pregnancy, fertility, malaria, other sexually transmitted diseases and recreational drugs, do carry the standard.

HIV self-testing kits sold and advertised for sale in England Scotland and Wales must be CE-marked.

Cary James, the head of health promotion at the Terrence Higgins Trust (THT), said: “Home self-test kits for HIV and STIs have many benefits, including letting people test in their own space, in their own time, on their terms. However, we are extremely concerned to see unregulated produce on the market and urge anyone considering a test to only use those with a CE mark. Anyone taking a test without a CE mark risks their own health and that of others.”

The first legally approved HIV self-testing kit, the BioSure HIV Self Test, went on sale in the UK in 2015. It has a 99.7% accuracy rate. Home kits have been hailed as a way of increasing early diagnosis. In the UK, 39% of people living with HIV are diagnosed late, leaving them with shorter life expectancies, according to the National Aids Trust.

The THT says there are more than 100,000 people living with HIV in the UK and about a quarter of them do not know they are HIV positive, meaning they are not receiving treatment.

Dr Kirsty Foster, a consultant in STIs and blood-borne viruses at Public Health England, said: “HIV tests are free and testing through a sexual health clinic is strictly confidential. We would encourage anyone who thinks they may have been at risk of HIV to get tested as soon as possible, as early diagnosis and treatment are highly effective in helping people with HIV remain in good health long term and reduce the risk of passing the virus on.”

2, rash: rash is one of the most important symptoms of early HIV infection.

6, diarrhea: diarrhea is one of the most annoying AIDS symptoms, because diarrhea can lead to dehydration and electrolyte imbalance, opportunistic infection into the intestines may occur diarrhea.

7, fat metabolism disorders and lactic acidosis: the side effects of AIDS drugs is no secret, the side effects of drugs are fat metabolism disorders. After taking AIDS drugs for a period of time, in addition to typical symptoms such as nausea and diarrhea, patients may experience muscle pain, fatigue, increased nausea and vomiting, abdominal pain and other symptoms. These symptoms mean that patients are likely to have symptoms. Lactic acidosis has occurred.

8. Depression and headache: The dual causes of psychology and physiology will cause nervous system problems in people living with HIV, psychological stress caused by HIV infection, and damage to brain cells by HIV. 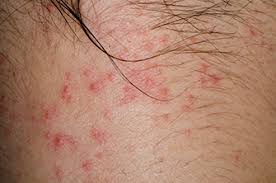 The signs of HIV in the mouth are as below: 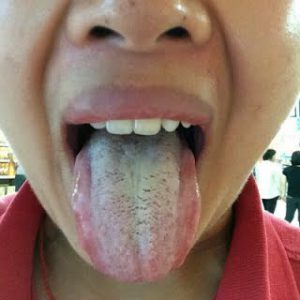 Other than that you will notice: 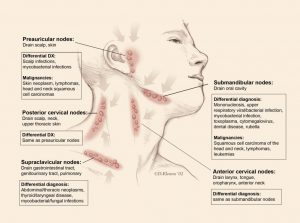 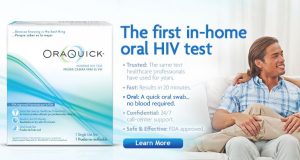 Oraquick the only saliva HIV Test Kit you can perform in home. It’s USFDA certified perfectly safe and accurate for those who don’t prefer blood testing.

According to The Centers for Disease Control and Prevention (CDC), at least one in seven Americans living with HIV don’t even know it! This is quite alarming since such individuals are likely to transmit the virus to other partners without knowing. Besides, it is necessary to find out one’s HIV status to allow for earlier treatment to extend life expectancy as well as protect their loved ones from contracting the infection.

A recommendation by the same institution is that everybody between the age of 13 and 64 must get tested at least once in their lifetime. Regular testing is, however, recommendable especially when indulges in unprotected sex with multiple partners or uses drug injections.

It is not surprising that many people fear to present themselves to the voluntary counseling and testing centers for privacy reasons. However, this should never be an excuse to not getting tested and knowing your status. Currently, home HIV tests are available. The two common home HIV tests are the Home Access HIV-1 Test System and OraQuick In-Home HIV test. These are available online and locally available in chemists and hospitals.

If you choose to order your home test online through phone, always ensure that the HIV test is FDA approved beforehand to ensure safety and accuracy are guaranteed.

This is a home collection kit which allows you to do a personal test on your blood sample and getting it delivered to a licensed lab where you will call to get your results after a day or so. The amazing fact about this test is that it is anonymous and follow up test can be performed immediately if the result turns out to be positive. After the process, the manufacturer offers confidential counseling and referral treatment. This type of test on a sample of blood collected at home finds infection later than tests undertaken at the lab using blood from the veins but much earlier compared to test conducted on oral fluids.

An excellent place to order this type of HIV test kit is Amazon among other reputable sites. However, Home Access Health Corporation has strongly come out as among the best places to seek the HIV-1 test system and be guaranteed over 99.9 percent accuracy within a day. They have been FDA approved and offer phone counseling. This type of test has been evaluated in various multi-center clinical studies in the US and proven to be as accurate as tests done by doctors and hospitals.

Firstly, i would like to congratulate both Atomo Diagnostics and Mylan for forming these powerful alliance to help the lower income people to have access to these HIV test kit.

And another congratulations to Atomo Diagnostics for secured the European CE-Mark in October last year. The test is a qualitative immunoassay designed to detect antibodies to HIV type 1 and type 2 in human whole blood.

For those who do not know, Atomo HIV Test kit is indeed “very canggih” unique i would say, because personally i like Atomo HIV test kit design, thanks to the Founder and CEO John Kelly.

HIV testing rates have improved but expanding access to the tests is still a challenge in certain countries.

Mylan noted that offering point-of-care self-tests in community-based settings can increase the proportion of people aware of their HIV status, in turn enabling treatment or prevention.

Through the new partnership, the companies will provide all-in-one test devices, which are designed to deliver better functionality and are easy to use compared to existing multi-component rapid diagnostic tests.

Mylan CEO Heather Bresch said: “Our partnership with Atomo to supply HIV rapid diagnostic tests for self-testing is an important step in our collective goal of preventing HIV infections and expanding treatment.”

HIV Self Test by Atomo Diagnostics secured the European CE-Mark in October last year. The test is a qualitative immunoassay designed to detect antibodies to HIV type 1 and type 2 in human whole blood.

Atomo Diagnostics founder and CEO John Kelly said: “This strategic partnership will mean that the products designed by Atomo can be introduced to more than 100 countries, so that millions of people will have access to award-winning rapid tests.

“We believe that Mylan is the ideal partner to ensure that our HIV self-test products have maximum impact in the fight against HIV/AIDS.”

Let me know your comments about Atomo HIV Test kit.

Knowledge of the Day