This fifth generation test is the latest HIV screening test in to distinguish between HIV-1 antibodies, HIV-2 antibodies and the p24 antigen.

#The 5th generation test reduces the detection window period – the time between potential exposure and an accurate test result – to 10 to 14 days, leading to faster treatment as well as ability to control the spread of the disease

The 5th Generation HIV test provides more information than ever before about your HIV status. A major advance is that this test can now detect and identify both HIV-1 and HIV-2 antibodies and the p24 antigen individually in one blood sample, therefore specifically informing you which marker is positive.

By reporting on all three markers individually, if you test positive for any of the markers, it will mean that you can begin a more tailored treatment relevant to your needs much faster. The p24 antigen is detectable only in the early stages of an HIV infection, and the antibodies are the marker of a longer term established infection. By reporting on all of them, we can tell whether your HIV infection is more likely to be acute (or recent) or acquired more than three months ago.

HIV 1 and HIV 2 are two different viruses; HIV-1 is the more common virus worldwide, but they do both need different management. Medicines targeting HIV-1 will not usually be effective against the HIV-2 virus which is why it is important to know early on which viral type you have.

With over 33 million people now living with HIV globally, it is increasingly important to know your HIV status. 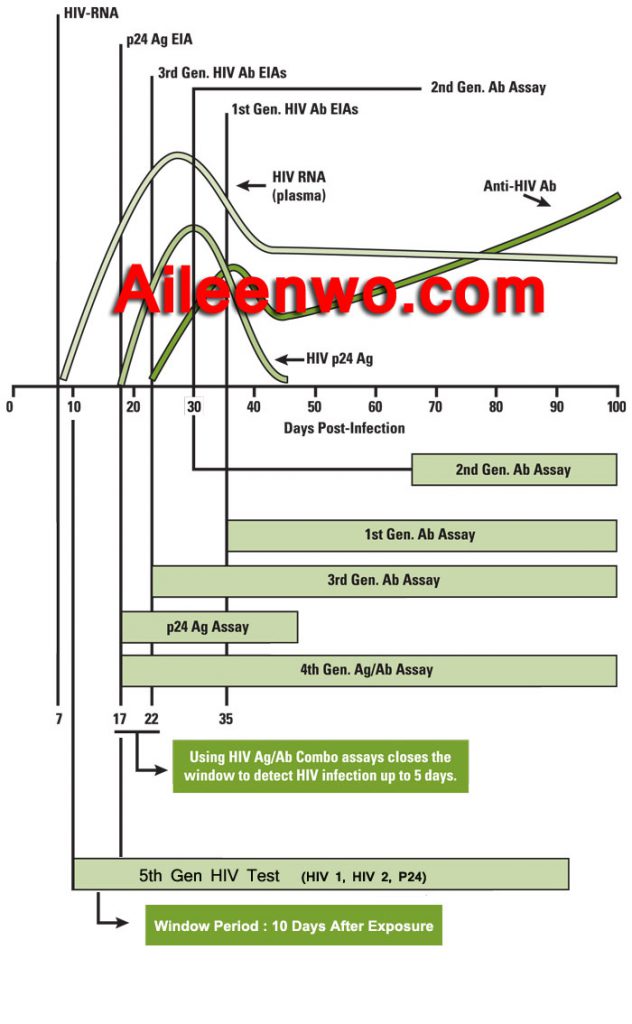